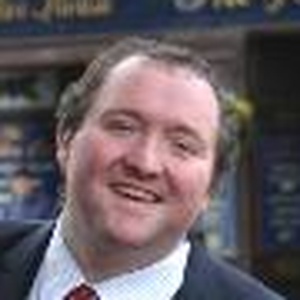 Michael Jones was the Labour Party candidate in Horsham in the UK Parliament elections . They got 9,424 votes. Our volunteers have been adding information on Michael Jones - here's everything we know so far!

The party's candidate page for this person
https://www.crawleylabour.org.uk/team/2018/06/16/cllr-michael-jones/
Email
michaeljones4horsham@gmail.com

"Michael will be a candidate for Bewbush in May 2019.

Michael Jones is a qualified solicitor. He was a West Sussex County Councillor between 2001 and 2005, and moved to Crawley in 2008. He has been Bewbush’s Borough Councillor since May 2010.

He is currently Vice-chairman of the borough’s Overview and Scrutiny Commission, which examines and questions council policy at a detailed level. He has been a Solicitor and a Legal Consultant, before becoming office manager for the MP for Crawley, Laura Moffatt in 2009. He is now Parliamentary Assistant to the former Labour Cabinet Minister, John Denham MP.

Michael has been a campaigner for Labour in Sussex, and across the south, for many years. He was Labour’s Parliamentary candidate for Bexhill and Battle in 2005, and Bognor Regis and Littlehampton in 2010.

Recent campaigns Michael has been involved in locally have included:

organising a “Drop the Bill” public meeting and street stall petition, in opposition to the Tories’ disastrous reforms to the NHS,
helping to push the campaign to stop the Conservatives locally privatising Tilgate Park,
campaigning to restore the start time for pensioners’ bus passes to 9am, and
successfully calling on Crawley Borough Council to sign up to the Community Covenant scheme, to support serving members of the Armed Forces, veterans and their families in Crawley.
Michael is also a long-standing member of Unite the Union, the Society of Labour Lawyers and the Co-operative Party. A strong believer in the Co-operative movement, he is Chair of the West Sussex Co-operative Party. He is a graduate of the University of Southampton, where he was awarded a First Class degree in Law, and was Chair of Southampton University Labour Club in Labour’s landslide year of 1997.

Michael lists among his other interests reading, coastal walks and classic television."

This statement was added by Michael Jones, their team, or by a Democracy Club volunteer, based on information published by the candidate elsewhere.

If you can add information that should be on this page - such as Michael Jones's CV, homepage - please use our crowdsourcing website to add it.